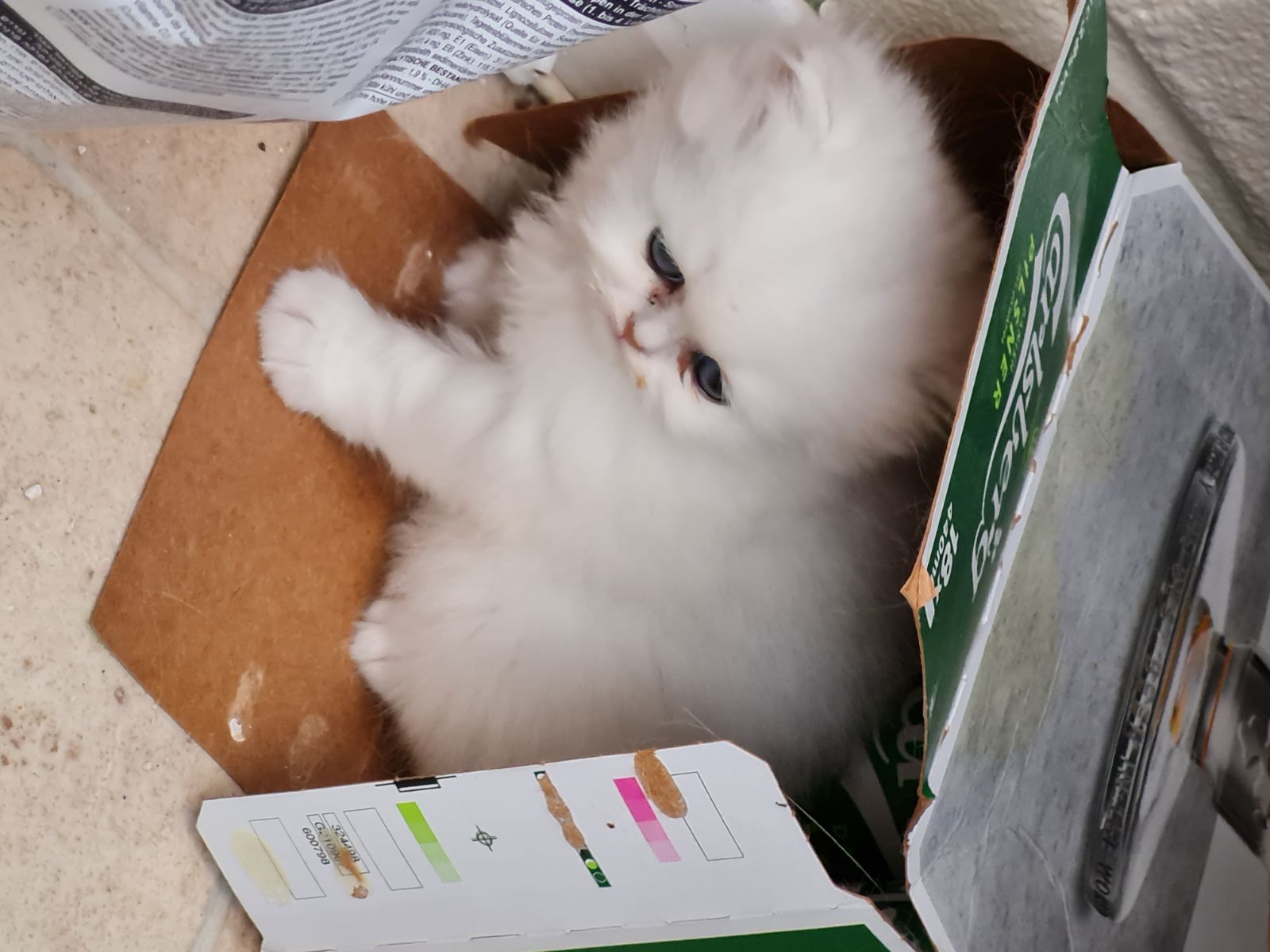 
The Chinchilla is a separate colour classification of the Persian or Longhair. It has a silvery looking coat, with the characteristic sparkle coming from the black or silver tips on the luxurious white hair. Kittens are born almost black with heavy tabby markings, which disappear as they get older, making way for the pure white coat colour. Chinchilla's eyes are large, round and emerald green or blue-green in colour. Chinchillas are not as stout in body type as other longhaired cats. Their delicate colouring and fairy-like appearance belies the fact that they are a very hardy cat.

As with all longhairs, this is a cat which needs grooming daily, and no potential owner should proceed unless this commitment can be made. Chinchillas moult heavily twice a year and shed some hair all year round.

Chinchillas have quite melodious voices and aptitude for adjusting to any new environment.

One of the most famous early Chinchillas was called Silver Lambkin, and it seems he was the originator of this distinctive colouring. He became quite famous, winning most of the major awards at the Crystal Palace Show in London in 1888.

They are probably most famous as being Blofeld's cat in James Bond films!