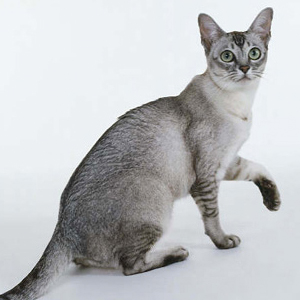 The Burmilla was originally created accidentally in the United Kingdom. Two cats, a Chinchilla Persian named Sanquist, and a lilac Burmese named Faberge, were both awaiting a partner of their own breed in different rooms. One night the cleaner left the door open. The two cats bred, producing four kittens born in 1981, were so adorable that a new breed was born.

The Burmilla is quite an irreverent and independent cat who adores its owner and displays many kitten-like characteristics even into adulthood. In temperament they are sociable, playful, and affectionate, and get along well with children and other animals.