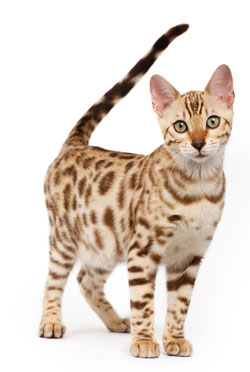 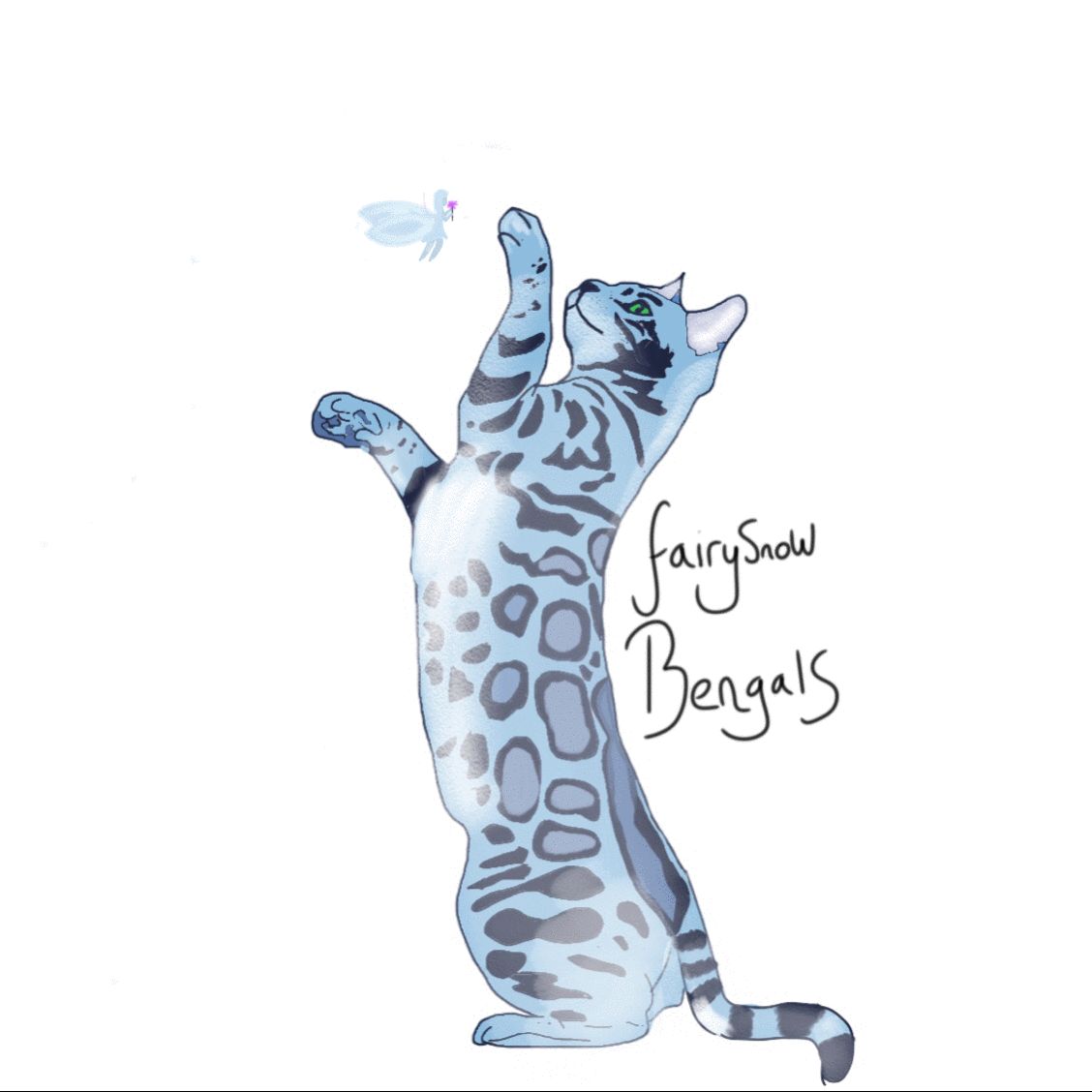 
Crossings between small wild cats and domestic cats have been documented for more than a century, and some of the resulting hybrids were exhibited at cat shows in Victorian times. At least ten species have been used, as such matings became popular again during the 1960’s. The Bengal evolved from an American breeding program which attempted to transfer a wild cat’s markings to a domestic breed.

Breeders strive for the look of the first-generation bengals, which resemble the leopard cat. The working standard features uniqueness; small, rounded ears on moderate-sized head; a wide nose; puffy, wide whisker pad; large, oval eyes. The nose is short with a prominent bridge an a gentle, inward curve from the bridge to the tip of the nose. The cat has a long, muscular, substantial body. The Bengals must retain the wild look of their forebears, and a coat pattern and colour that is unique to the cat fancy. The spots are large and horizontally aligned; they do not follow the mackerel or classic pattern; some even have the beginnings of rosettes. There are a variety of background colours, ranging from white to ivory to buff, golden, or orange with contrasting darker brown or black spots.

The first deliberate cross is believed to have taken place in 1963, but the breeding program initiated by Jean Mill was suspended and not reactivated until 1981 when Dr. Willard Centerwall entered into a partnership with Mill. The Bengal first appeared on the show circuit in 1985. The Asian leopard cat resembles a small ocelot, With longish large spots and stripes, and weights about ten pounds. It is wild and cannot be tamed. Occasionally, a male leopard cat will accept a domestic cat and breed with her. The result of these breeding is a Bengal. The goal of the Bengal breeding program is to create a domestic cat which has physical features distinctive to the small forest-dwelling wild cats, but with the loving, dependable temperament of the domestic cat.

Temperament is of prime importance to this breed; these cats must be gentle, unchallenging and amenable to handling. Any sign of a definite challenge will disqualify the cat from competition.