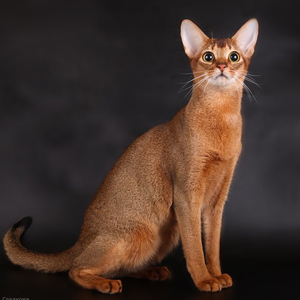 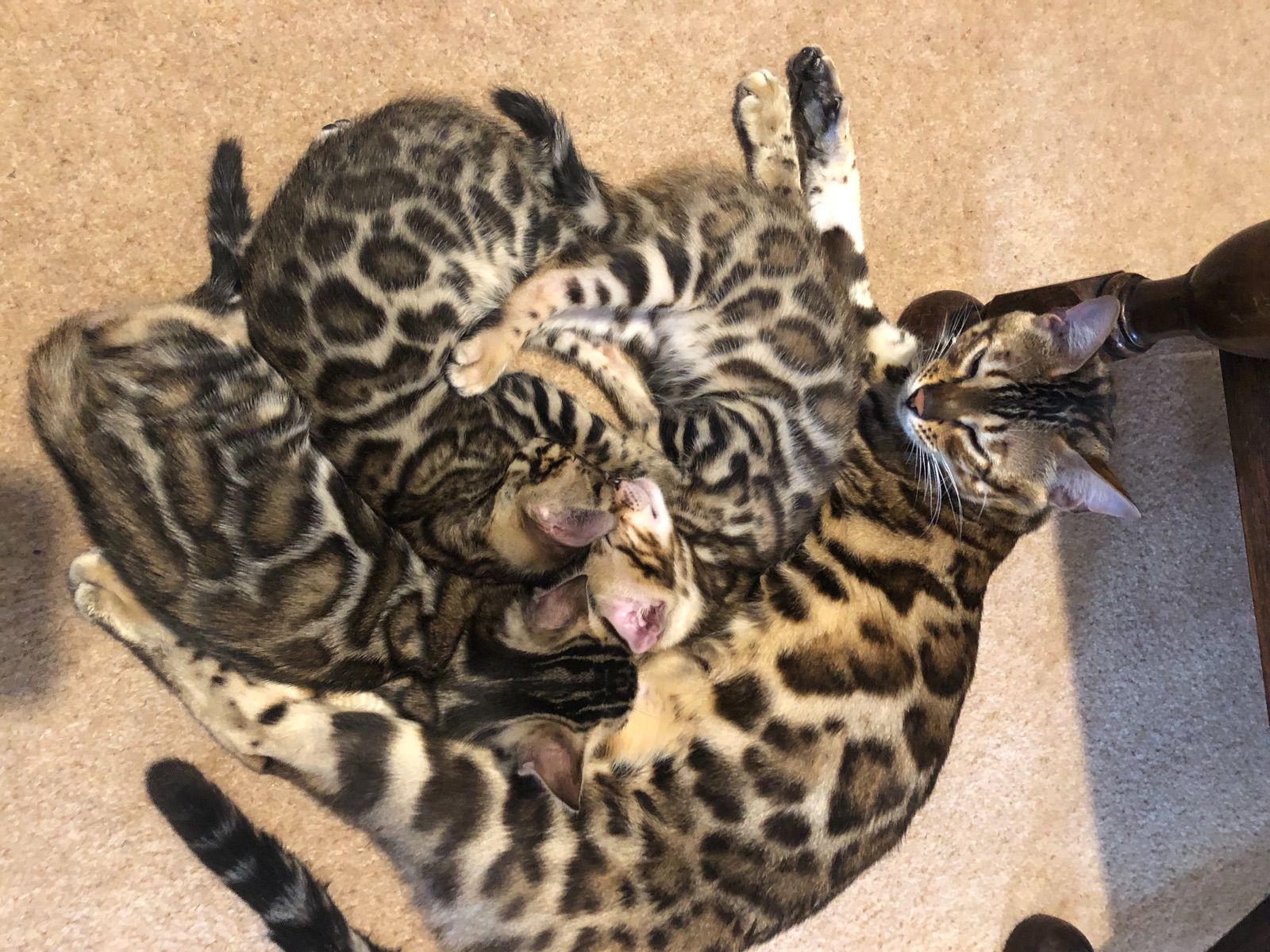 
Your first impression is that you are looking at an ancient Egyptian cat. The Aby's body is medium long, fine boned, but with well developed muscular strength. The Aby gives an instant impression of lithe and grace, with long, slim legs, giving the illusion of standing on tiptoe. The head is a modified, slightly rounded wedge, with gentle contours.

The Abyssinian, fondly called the Aby, is a lively and active cat. Many Abyssinians love water. Be prepared to provide plenty of interactive play for an Aby cat, and you will be rewarded with lifetime loyalty. If you have energy, humor, and zest for life, an Aby might become your best friend.

Although there are a number of theories about its origin, the history of the Abyssinian is mired in the ages. That it is one of the oldest known breeds of cats lends credence to the assumption that it may have been an early offshoot of the African wildcat, ancestor of all domestic cats.

Recent studies indicate the origin to be the coast of the Indian Ocean and parts of S.E. Asia, although its name springs from the fact that Abyssinians were introduced into England around the same time British soldiers were returning from the war in Abyssinia (now known as Ethiopia).

Aside from its ancient history, the Abyssinian is very much a cat of today, and its affinity to people makes it a popular pet. The Aby is intensely interested in what goes on around him and you may very well find your Aby involved in many of your activities. Lithe, graceful, and elegant, with a lustrous coat of distinctive ticking, the Abyssinian is equally at home in the show ring and as a loyal family member.

If you're looking for a lap cat, the Abyssinian may not be for you. But if you'd enjoy a pet who is lively and inquisitive; who wants to participate in your activities; and who is loyal, intelligent, and affectionate, you can't go wrong with an Aby.